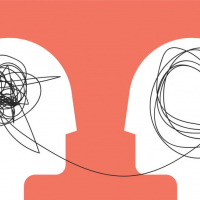 Cochrane Review: Psychological and social interventions for the prevention of mental disorders in people living in low‐ and middle‐income countries affected by humanitarian crises

Mental health disorders are among the leading contributors to all years lived with disability. Prevention strategies offer new possibilities to reduce their disease burden, given that many risk factors for mental health conditions have social and/or environmental roots, such as gender-based violence, poverty, unemployment, social marginalization, and lack of education. This is especially true for people living in low- and middle-income countries affected by armed conflicts and social catastrophes triggered by inauspicious events.

Most of the consequences of humanitarian crises on mental health ranges from transient acute stress reactions, to chronic subthreshold distress manifestations, to the establishment of a full-blown mental disorders. Interventions focused on prevention of mental health disorders usually target modifiable causal factors that contribute to the development of psychological symptoms. Specifically, prevention 'psychosocial' interventions are aimed at decreasing risk factors for the development of mental disorders or at building resilience and increasing a sense of hope and safety to protect against psychological symptom development 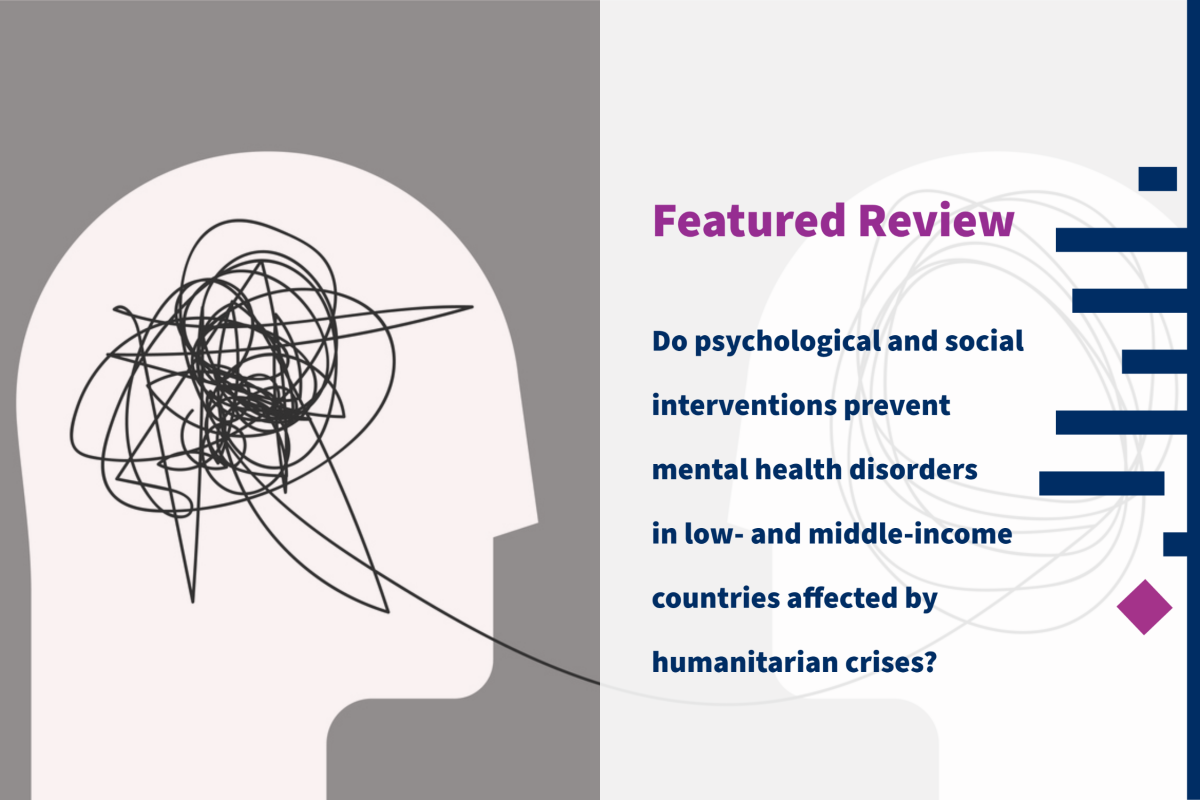 In this review the researchers of the Cochrane Global Mental Health (CGMH) network, asked whether psychosocial interventions were efficacious in preventing the onset of mental disorders in people living in LMICs affected by humanitarian crises. To be included in the review, participants did not have to be diagnosed with a mental health disorder at the beginning of the trial.

Is there enough evidence to draw conclusions on the matter?

The review included only seven studies, and none of them measured the primary outcome, as it was conceived by the study authors in the review protocol: changes in the incidence of disorders from baseline to trial endpoint. Instead, the studies measured symptoms of depression, anxiety and post-traumatic stress disorder in children and adolescents, and anxiety and depression symptoms in adults, at the beginning of the study, the end of the intervention, after four weeks and up to four months later.

Psychosocial interventions weren’t found to be more effective than comparator “waiting list” in the short term and medium term. However, these results were imprecise due to lack of data, thus it is possible that the play of chance had a role in distorting results. Furthermore, study populations were heterogeneous, as all but two of the included trials were conducted in different countries of the world and enrolled participants were exposed to different sources of distress. A more thorough picture of the evidence will be outlined by future studies. The authors list some recommendations for researchers that could be of help in the designing and conducting of future trials.

It is important that we learn more about the “why”, “how”, and “for whom” prevention psychosocial interventions work, for both adult and juvenile populations. Cochrane Common Mental Disorders is committed to the prioritization of global mental health issues, and actively working in this direction. A further review is ongoing, assessing the evidence on psychosocial interventions for the promotion of mental health conditions such depression, PTSD or anxiety, in the same setting considered for the present review. This project is being implemented at the CGMH, based in Verona - Italy, in collaboration with Cochrane Evidence Practice and Organization of Care.